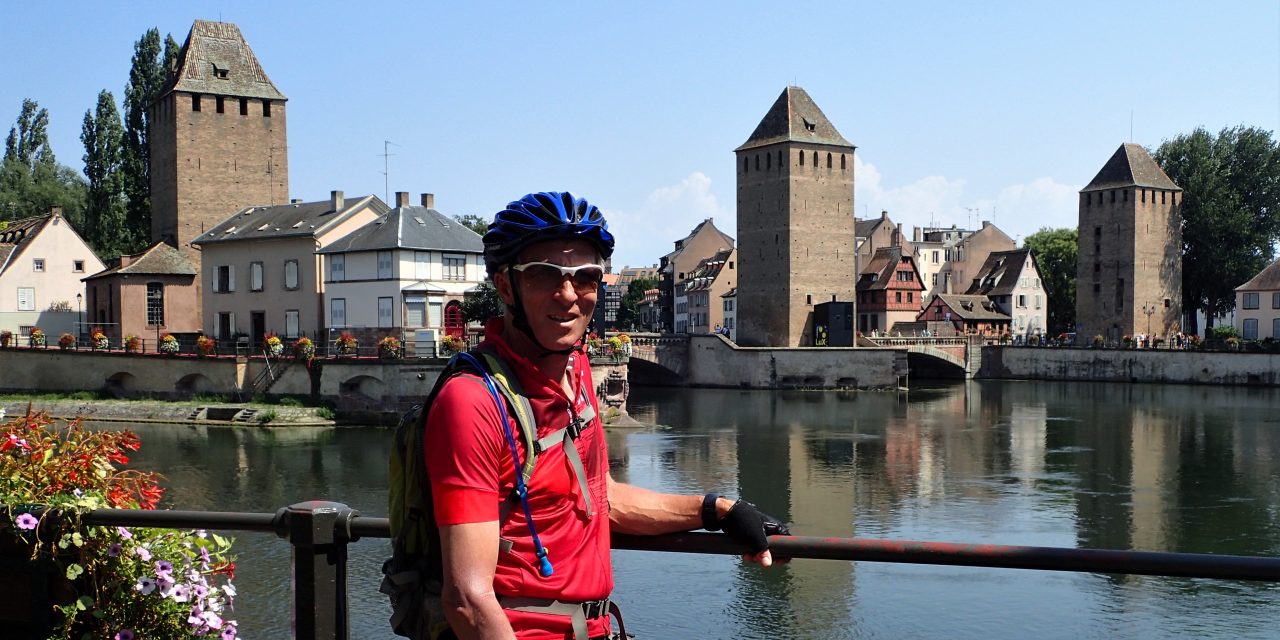 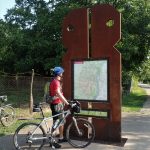 (0)
JS2018
We accidentally chose the best day for the Piste des Forts cycle as in the Alsace Sunday is observed fairly strictly and in Strasbourg most shops don’t open so it is far less crowded, but that is getting ahead of ourselves. Here is a link to the description of the cycle trail cycle trail map and description 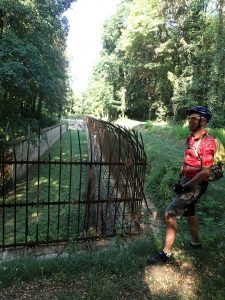 The Forts trail circles Strasbourg, going both sides of the Rhine, in and out of Germany and France through urban, rural and forest areas. The trail links 19 Forts that were constructed as a defensive ring round the city in the 1870’s when this area was under German control. We picked up some breakfast from a local bolungarie before heading out to Fort Frére, which we thought would be open. Unfortunately the cycle description did not mention it has very limited opening hours, same for the other 3 Forts that are open. The best fort we got to see was Fort Ducrot which has a dry moat round it so although we could not get it we did get a feel for the place.

Enjoyed the cycle through the urban areas and then rejoined the Canal du Marne at a lower point than when we left it a couple of days back. Missed the rather large sign for Fort Rapp and continued down the canal for a couple of Km before we realised our mistake! Retraced our bike steps and soon found ourselves in farmland, winding past recreational lakes and the wetlands round the River L’ill before heading up the river to the town of La Wantzenau where we stopped for a coffee. Liked the look of the restaurant so much that we returned for dinner that evening. 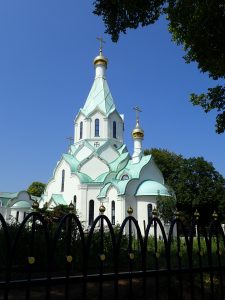 Still had a ways to go but as the day was hotting up glad that our cycle route took us through the shade of the Robertsau Forest. Stopped for an apricot and agreed that we would not do the full route as we had a fairly long cycle planned for the next day and it was pretty hot. Fortunately the next thing we saw was a garden restaurant, no need to rush anymore so we stopped off for lunch and a beer. Very nice.

From here our route took us round to the Rhine and the canal that circumnavigates Strasbourg. As I mentioned earlier good that it was not busy as the cycling was relaxing and we could enjoy the views in particular of Petit France.from the fortified bridge across the river. 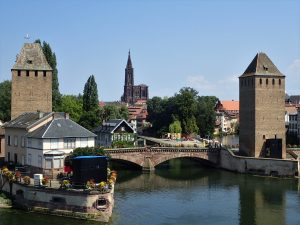 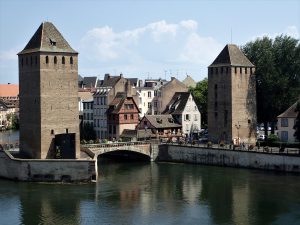 Dinner that night deserves a special mention, the restaurant we chose was a fish restaurant, I had turbot and Mike had a medley of white fish in saffron sauce. We both chose the scallops and prawns for our starter which were excellent and the sample desert tray and Grand mariner mouse did not fail to delight. If it had not been the last day of service before their annual holiday we would have been sorely tempted to visit again the following evening. As it is it will have to wait till our next trip for a repeat visit. Great atmosphere, food and service. Link to restaurant site Au Pont de L’ILL

See below for a video of our ride