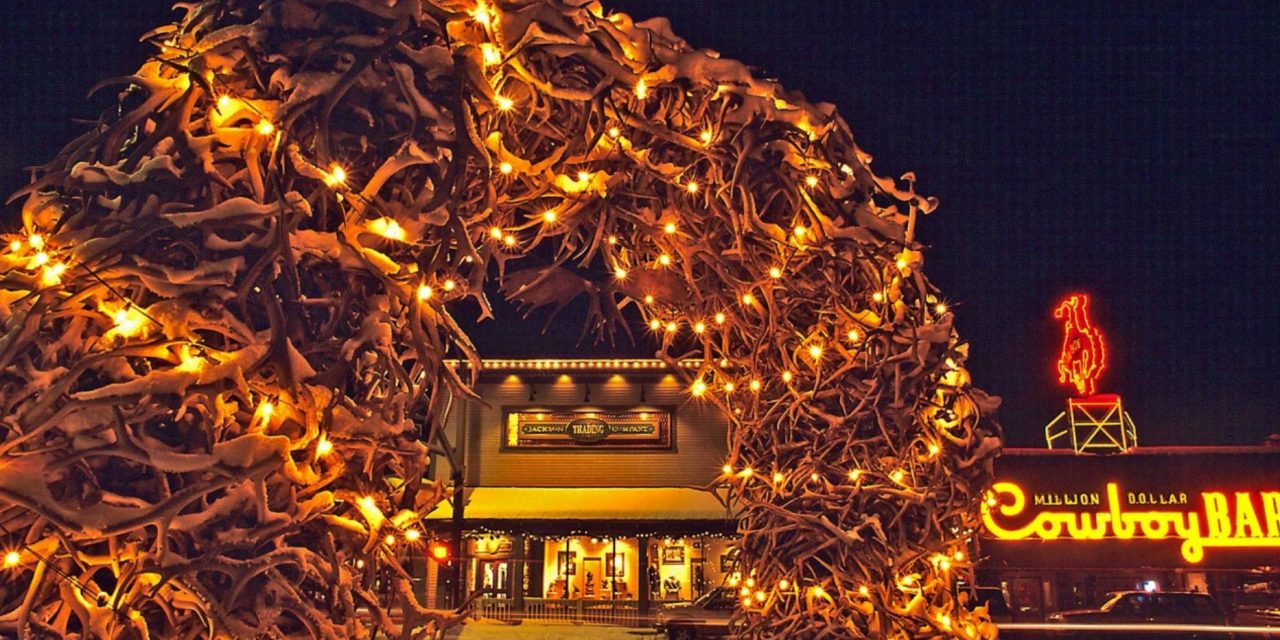 Still haven’t got over the jet lag as at 4.00am was wide awake again, too late to take a sleeping tablet so worked on my photos and website till just after 6.00 when the lure of tea became too strong and despite my best efforts I disturbed Mike from his slumber.

We got away by 9.30 which was good. Glad to be leaving as it was a cloudy cold day. Even so the drive up to Salt Lake was very pretty with the valley we drove along was framed by snow capped ridges. Still cold so at our first coffee stop purchased a lovely purple cotton throw which I am now snuggled up in.

We stopped off at the Best Western in Pocatello, a very nice hotel, good local craft beers in the bar went down a treat with some simple bar food. Next morning after yet more shopping in Walmart including a purchase of steel toecap (!) winter boots for me – you may ask why but they are warm and have a good tread – we headed up to Driggs and a quick visit to see Clayton.

Clayton has been really kind to offer us use of his house when we are in the area which will be great. However, for our first week we decided to base ourselves in Jackson before heading back to Driggs for a couple of weeks. After catching up, picking up our new Nordic touring skis and finding out how the house works we headed off together for a bite to eat – Mikes first 2019 US burger went down a treat before we headed over to Jackson.

After checking in to the Super 8, great value motel +very friendly staff, first task on the list was to try and get boots and bindings for our new skis. Took a while as these things do, especially as I went for 2 pairs, but in the end we got sorted. Famished and thirsty, but before heading for dinner at a local Burger bar (great salad but no burger!)we watched the Titan satellite pass overhead which was unusual in that it had a very long and broad tail. Made me think of the meteorite we saw burning over Stellenbosch a couple of weeks ago when going to a concert at Oude Libertas which looked like a bright flare in the night sky. Great to see these unusual events.

Happy but tired we headed back to our hotel and got ourselves sorted. Quite hard in a small room given the mounds of kit we seem to have brought with us. Why does it expand so much when it is out of its bags???