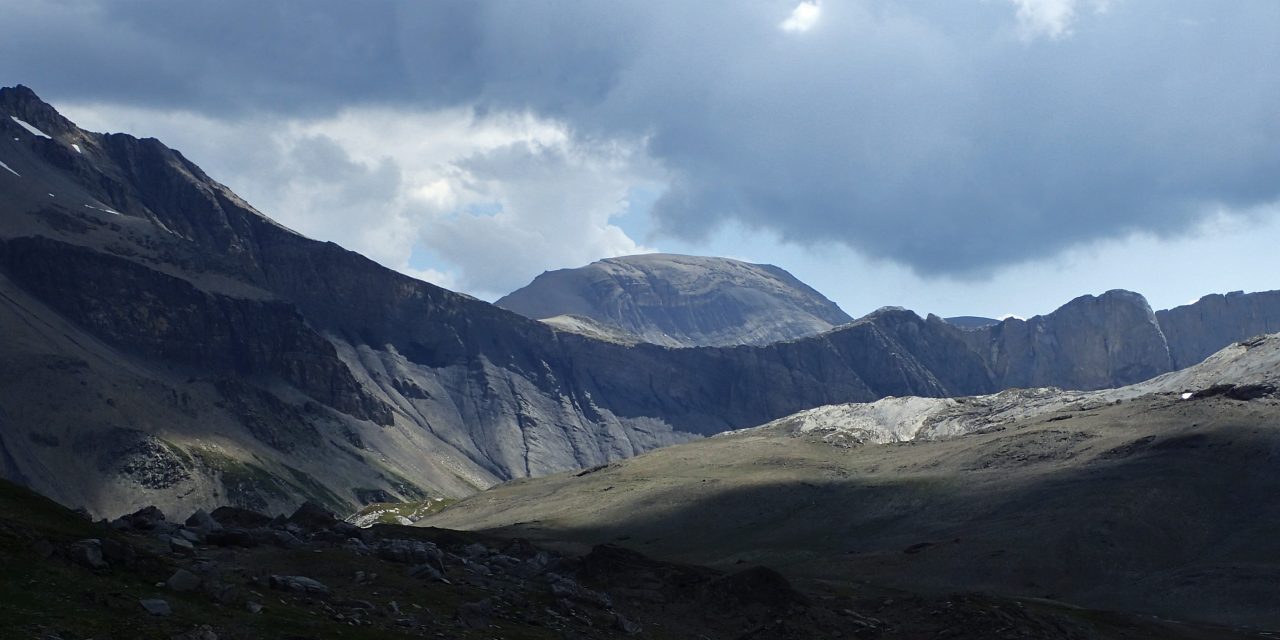 Today was our hike back out to the Col de Sanetsch, we had a choice: either hike up Sex Rouge before going over the Col des Audannes or climb the Arpelistock. We did not have WiFi but over breakfast I overheard another hiker saying thunderstorms were predicted for later in the afternoon. That decided it as as we had no desire to be caught out in a thunderstorm at 3,000m 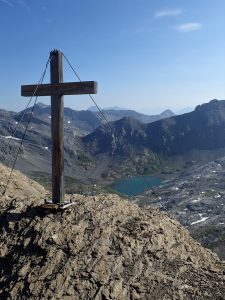 Really enjoyed the hike up to the summit of Sex Rouge. The first part was reasonably steep and then there was a broad uphill plateau to get to the top with one side steeply dropping off in cliffs to the Cabane we had stayed at about 400m below. We got to the summit before 9am and had great views in early morning light. Could even see the Matterhorn standing out proudly from the Valais mountain ranges. This Peak is also satisfying as it is very visible on the walk from the Col de Sanetsch as it towers above the cliff line to the south of the Col des Audannes.

From here we retraced our footsteps of our journey out on Sunday. The ladders and rope descent from the Col des Audannes were harder on the way down than up, partially because the ladders were at a shallow angle and seemed to go on a long way. Needed to make sure I did not think about the steep drop off below! Just focussed on the rhythm of moving a foot down, balancing a knee on the rungs, moving hands and repeating the exercise. 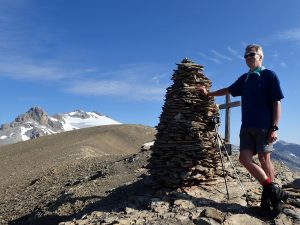 The clouds did build up and the wind also picked up a lot so we were very happy with the choice we had made. The Arête seemed more magnificent on the way down as you could see it stretching out for its full length about 3km down to the cars, in some places very narrow like a knife edge. Glad it was not windier.

We met a German guy (Danny) who had also been staying at the hut when we got back down to the bottom and gave him a lift to Haute Nendaz. He was not that keen on waiting for the bus (don’t blame him as it was about a 3 hour wait) and was not sure what he was going to do on Wednesday, so we recommended Haute Nendaz as a different place to visit. He ended up coming round for dinner – not sure my fondu worked too well as may have misread the instructions as to how much wine to put in so it was a bit runny. However, we had a lovely evening together and hopefully will stay in touch sharing ideas about different places to visit and have adventures.

Compilation of photos, press play to view. These are a couple of favouritesphoots from our hike in 2009 as well as alpine flower photos from this trip 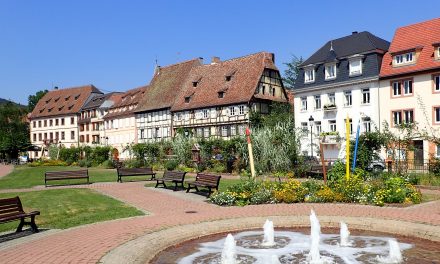 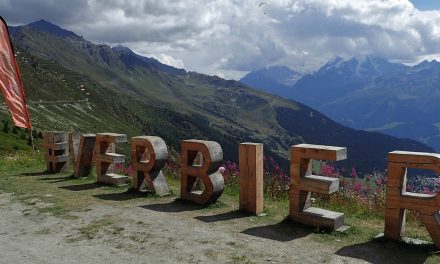 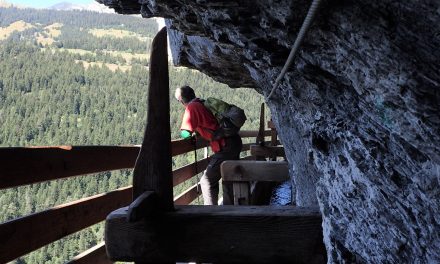