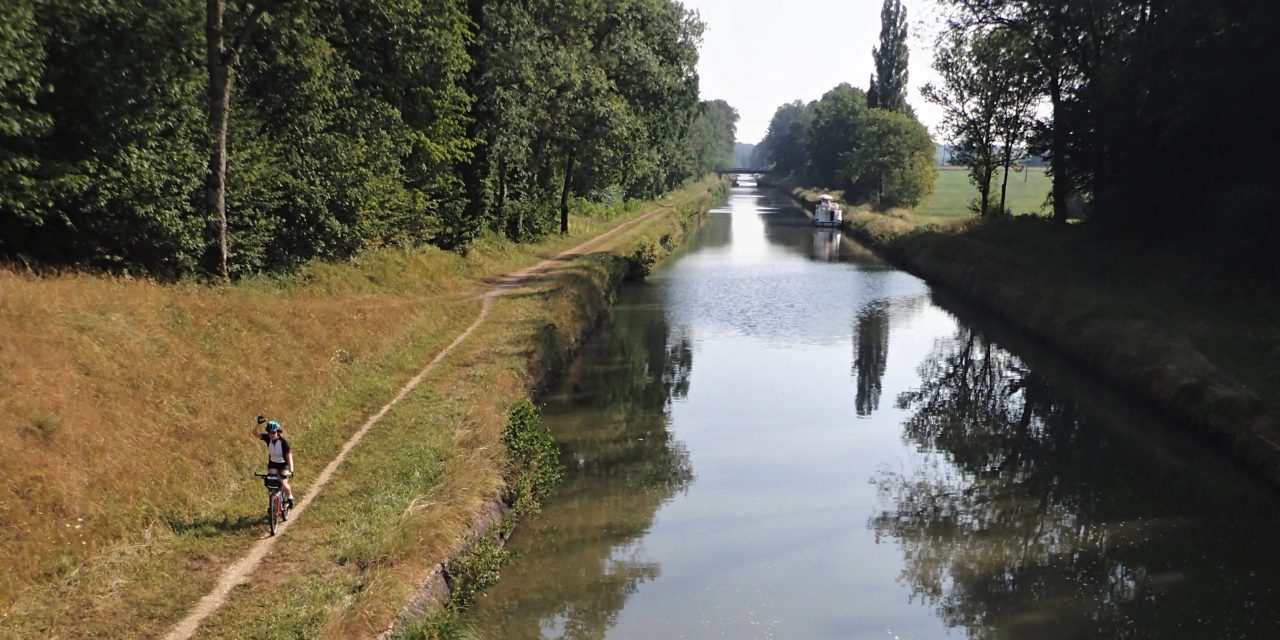 Start of ride along the canal just outside Nidervillier 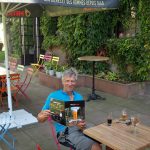 (0)
JS2018
Our cycle today was along part of the Marne Rhine Canal – the downhill section into Strasbourg from the  Vosges Mountains. We got the train to Sarrebourg, about an hour from central Strasbourg. Met a very hot and harassed Scottish lady who had only just got the train and was manhandling her bike and trailer on her own. Got chatting and she said she was off to an annual bike festival ‘Semaine Federal’ which is great fun and very well organised. One nice thing about the French trains is that you do not have to book your bike on the train and there is no additional charge. Very cycle friendly. Just look for the bicycle symbol on the train carriage to show which carriages you can use. 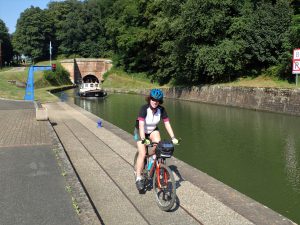 A bit complicated getting out of Sarrebourg but we soon made our way to the Marne canal which at this point is not paved and had a rustic feel. Lovely cycling along the river banks in the shade of the trees. Just after Niderviller the canal goes into a couple of tunnels (in total just under 3km long) which would have been an engineering feat in 1853 when the canal was opened between Nancy and Strasbourg. We cycled up through the small hills above the tunnels and found a lovely Auberge for a very welcome coffee. 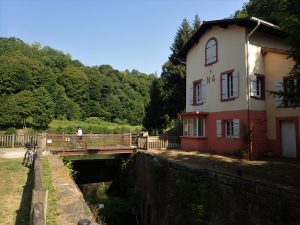 Valley of Lock Keepers – no 4

A highlight of the ride was then to ride down the Ancien Canal along the ‘Valley of the Lock Keepers’ from Arzviller which is now a disused section incorporating 17 locks spread over 3.8km which enabled barges to climb 44.5 meters from the plains below. The Plan Incline (opened in 1969) a bidirectional boat lift replaced this section of the canal but the old canal route is now a beautiful cycle and pedestrian route that has a very different feel to the rest of the canal. This extract from Wikipedia provides some interesting history and facts Wikipedia link

On reaching the canal once more we detoured back to look at the boat lift and on our return to the cycle path were lucky to spot the (luxury) barge a couple of friends from way back (Rob and Hazle) were holidaying on parked outside a glass blowing factory. Popped in and surprised them both. Had a quick look round he barge which was sumptuous before agreeing to meet up for dinner the following evening at the end of their trip. They then headed upstream to the Plan inline and then a candlelight lunch in the tunnels beyond whilst we carried on downstream. 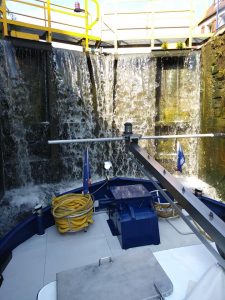 Had a very brief stop in the next village of Lutzelbourg where I would have liked to have had more time to explore, but we decided to move on to Saverne (the gateway to Alsace) and a truly beautiful market town. Bought a couple of quiche and sat watching one of the luxury barges transverse the deepest lock on the canal before looking round the old section of the town.

On reflection we enjoyed the cycle up to this point the most. The canal then passed through a number of locks, but tended to bypass the villages and would its way through farmland and woodland. Thankfully there was a fair amount of shade as it was a hot day, we also had the wind in our face which at times made it hard going. The next highlight was a stop at the Meteor Brewery in Hochfelden, the oldest family brewery still in operation in Alsace (1640). Had not realised that this area grows 80% of the hops cultivated in France.  Fascinating tour of the old family home and brewery with lots of explanation boards describing the different phases of brewing plus photographs of the family members and key events in the last 150 years.

Then it was down to sampling the local brew, of which there were many choices.  Conscious we still had a fair way to cycle we limited ourselves to three samples each and were both pleased with our choices.  So much so we said we would pop back at the end of the trip with the car to get some to take back to Switzerland. 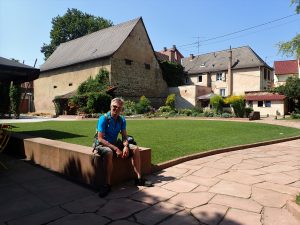 Back on the canal and reinvigorated after our rest we churned out the kilometres.  As we neared Strasbourg we headed to the right to pick up the Piste du Forts trail as this would provide a more interesting and direct route to our hotel.

We found the trail and promptly lost it at the first fort we came across which added 4km to our ride but did take us through some lovely farmland. Having regained the trail we managed to make it back to the hotel tired and hot but happy with a great ride.

Enjoyed a local ‘Unicorn’ Beer refreshing swim in the pool to cool down before deciding to have dinner at the hotel restaurant again as we  outdoor not face a trip into the very hot centre of Strasbourg. Good decision.

Link to the Alsace tourist site which includes pdf files for a number of cycle routes in the area including this one. Note that the Tourist offices do not have copies of these pdf files cycle route details

See below for a video of our ride 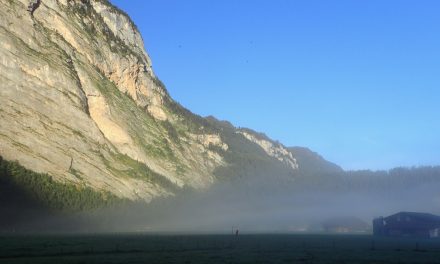 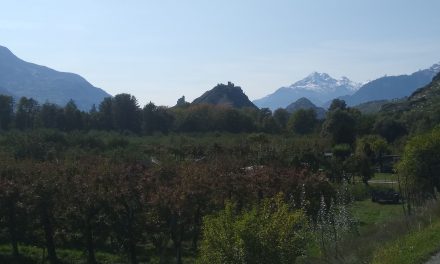 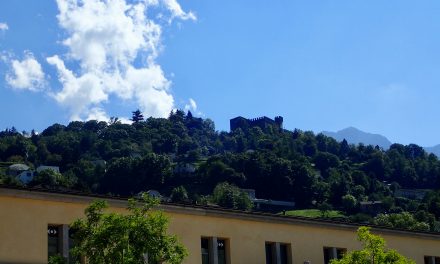 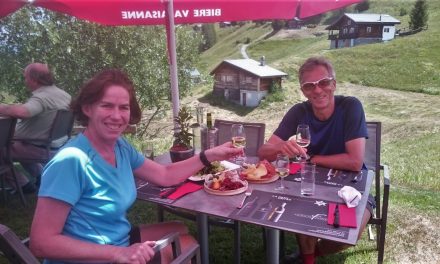