Grosser and Kleiner Mythen behind Schwyz

Last day of our short break. We had a relaxed start as we wanted to wait until the sun burnt off some of the morning mist to get some nice photos of our return trip to Flüelen along the Axenstrasse. We had decided to get the train from Schwyz to Sisikon and thus avoid the worst section of Route 2. We would then cycle along the pretty section of the Axenstrasse to Flüelen and then on to Erstfeld where we would pick up another train to get us back to Oberwald via Andermatt.

Got to Schwyz railway station without incident, despite Mike nearly collided with me as I unexpectedly turned left into the station via the pedestrian crossing – hence the slightly comic footage. I was definitely recovering from shock! Mike was too! When we got to the platform I saw an earlier train than the one we had planned to catch was running late and so persuaded Mike that we should get on that train rater than wait for the next one to turn up. Anyway this was a fast train which didn’t stop at Sisikon so we missed out the first bit of our ride.

Can’t say I was that disappointed! Consoled ourselves with a nice coffee and croissant at a café in Flüelen where Mike got chatting to an old guy outside who used to be a mountaineer and had moved away from the area. He pointed out a face in the side of one of the mountains, which Mike couldn’t see, but humoured him so well that I thought I was the only daft one who could not make it out! Good to be able to chat to people on our travels.

I had wanted to ride to Erstfeld to see the Schlossberg mountain (over 3000m) which is a pyramidal shaped peak towering over the valley. On our ride down from Andermatt a couple of days ago it was to our back and I really wanted to have longer looking at it! Glad Mike got some nice footage of it as we rode first along the bike path next to the Reuss river and then (as we still had time to wait for our train) along the farmland outside Schattdorf. Really enjoyed this cycle at the end of our trip.

The rest of our journey went well. Thinking back I expected that we would be able to do another cycle tour this summer, however it has been much colder and snowier than normal and this was our last good reasonably long weather window of the summer/ autumn. I treasure looking back at the videos and photos we took of such an excellent trip. Both of us really enjoyed exploring this area, learning about the history and experiencing such a variety of scenery and landscapes. 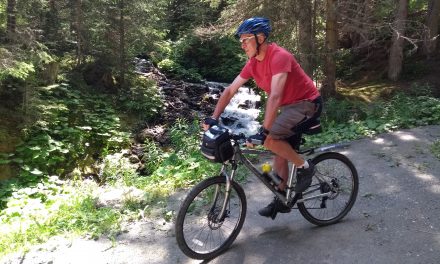 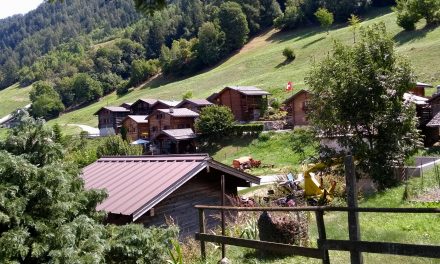 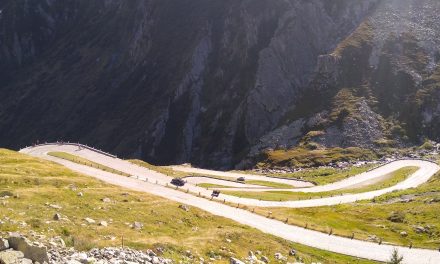 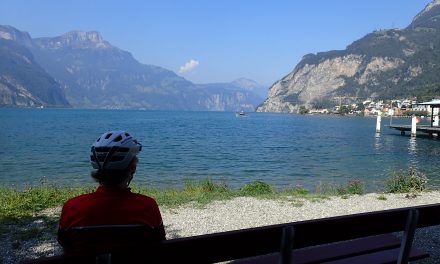